Updated FMLA Forms from the DOL

The U.S. Department of Labor has issued new FMLA Notice and Certification forms for use by employers subject to federal FMLA requirements.  The DOL is required to update these forms every three years under the Paperwork Reduction Act of 1980. The previous forms expired on May 31, 2018, and had been extended monthly until the new forms were released effective September 1, 2018.  Employers should start using the new forms immediately.

Of note, “new” is a relative term here, as the updated FMLA forms are identical to the previous versions – with the exception of the expiration date of August 31, 2021. The new FMLA forms are available on the DOL website at https://www.dol.gov/whd/fmla/forms.htm

More in this category

Sponsors of the Month! 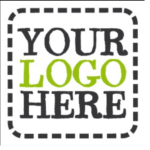 Want to see your logo here? Visit our Sponsorship Page (CLICK LINK) to learn how!